Risk of hypertension during pregnancy

On the other hand, gestational hypertension can be suffered by any pregnant woman who does not have problems with her blood pressure before pregnancy. It is only diagnosed after the 20th week of pregnancy and the blood pressure goes back to its natural state after delivery.

Both of the said condition may lead to pre-eclampsia in which the blood pressure is very high and protein can be found in the urine. 2 to 6 percent of a healthy pregnant woman has the risk to suffer this disease.

Other than that, fetal development might be impaired and this may lead to a low birth weight. This situation happens when the blood vessels supplying oxygen and nutrient to the fetus are narrowed. In this case, a pre-mature labour would not be impossible to happen. Hypertension during pregnancy can cause placental abruption, a condition in which the placenta separates from the uterus before delivery. This condition may cause the mother to suffer from internal bleeding which is very high in risk and may lead to fetal death.

If the blood pressure is not controlled properly, the mother may get a seizure that is caused due to swelling of the brain. Apart from that, bleeding of the brain might also occur that would lead to strokes. Other organs such as the heart, kidney and liver might also be affected badly because of this.

Commonly, doctors would prescribe medicines such as Methyldopa and Labetalol for the affected patients. Both of the drugs have been reviewed as the safest and suitable for pregnant mothers compared to other anti-hypertension medicines.

Methyldopa was the earliest medicines discovered to treat hypertension. It helps to expand the blood vessel and thus, allowing a smoother flow of the blood and at the same time reducing the pressure. This drug can be taken three times a day, before or after a meal.

Second choice after Methyldopa is Labetalol. It is also taken two times a day, orally.

However, if the blood pressure is still out of controlled even after a maximum dose of the previously mentionedmedicines, doctors might opt for nifedipine which is also taken orally.

Apart from that, a scientific research has found out that taking high calcium supplementation of 1.5g/day can reduce the risk of eclampsia, severe gestational hypertension and severe preeclamptic complications.

Risk of hypertension medicine during pregnancy

Women with pre-excisting hypertension before pregnancy will definitely be prescribed with anti-hypertensivemedicines. There are a few medicines that are not suitable and even contraindicated during pregnancy. Therefore, the mother must plan the pregnancy well and get a doctor or pharmacists’ suggestion on medicines to be taken.

Anti-hypertensive medicines from the group ACEi such as preindopril and enalapril can hinder fetal growth. Besides, it may cause kidney malfunctions. Respiratory distress syndrome can also occur to the baby. Fetus hypotensive syndrome can also happen which in turn may cause death of the fetus. These conditions can occur if ACEi is taken during the 2nd and 3rd trimester of pregnancy. ACEi might be safe to be used during 1st trimester but pregnant women must be reminded of the risk they may face before or during pregnancy.

Other medicines such as atenolol can interfere with the baby’s development if it is being used which relates with a long term therapy. The use of this medicines is should be avoided even during early stage of pregnancy.

Therefore, women that are on anti-hypertensive medicines regardless the types they are taking must plan their pregnancy well. They must consult doctor or pharmacist to get the safest and suitable choice for both the mother and the baby.

During pregnancy, women tend to eat more and the urge to eat also increases. The calorie intake should be even to match the baby’s’ needs. Pregnant women are advised to reduce amount of salt, oil and sugar in their diet. Eat plenty of fruits and vegetables or other high fiber meal to accommodate the higher demand of calorie. Apart from a healthier diet, one can also feel full longer.

Most of pregnant women will experience increase in body weight. For normal weight women before pregnant, increase of weight less than 2kg per month for the first three month is advisable. For the next 2nd to 3rd trimester until delivery, the increment should be around 1.4kg-1.8kg per month. Abrupt and uncontrolled increase in body weight may lead to several complications such as hypertensions and being diabetic.

Moreover, pregnant women are encouraged to get plenty of rest. Lying down to the left side is advisable in order to avoid the baby’s weight pressuring the main blood vessel to improve blood circulation.

Anti-hypertensive medicines prescribed by the doctors should be taken at the right time. Prenatal checkups during pregnancy must be followed appropriately. It is important so that doctors can check the mother’s blood pressure regularly to ensure it is well controlled. In addition, urine test can be done to monitor sign of pre-eclampsia of proteinuria (protein in the urine). Discipline is the key to ensure both the baby and mother’s health conditions are at an optimum level. 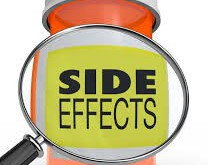 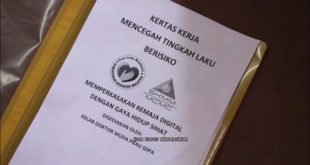